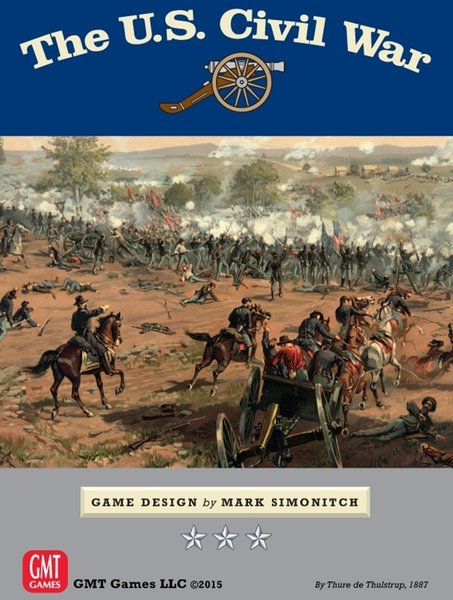 The U.S. Civil War is a 2-player strategic-level war game of the American Civil War. The game covers the entire war from 1861-65 on a large 30” x 44” map area (2 mounted maps) of the Southeastern United States. Turns represent 3 months during the winter and 2 months during the summer, with four Action Phases to each turn.

YouTube Review of The U.S. Civil War by Gilbert Collins